Loading 00
There are 60 cows per farm on average. 93% of the cow feed comes from the farm. 4% of organic farmers in May 2017, 6% by 2018. 100% of the cow feeding is traced 98% of the cow feeding is produced in France. 1 healthy cow produces quality milk. France is the world's 7th largest producer of milk. Milking takes 6 to 9 minutes per cow. 95% of French dairy farmers adhere to the charter of good practices. 99% of the cow's diet is vegetable, 1% mineral. A cow consumes between 50 and 80 kg of feed every day. On average, a cow produces of 24 liters of milk per day. A unique range of 1500 dairy products. Headphones are recommended to take full advantage of the experience.
By continuing to browse this website, you agree to the use of cookies
03 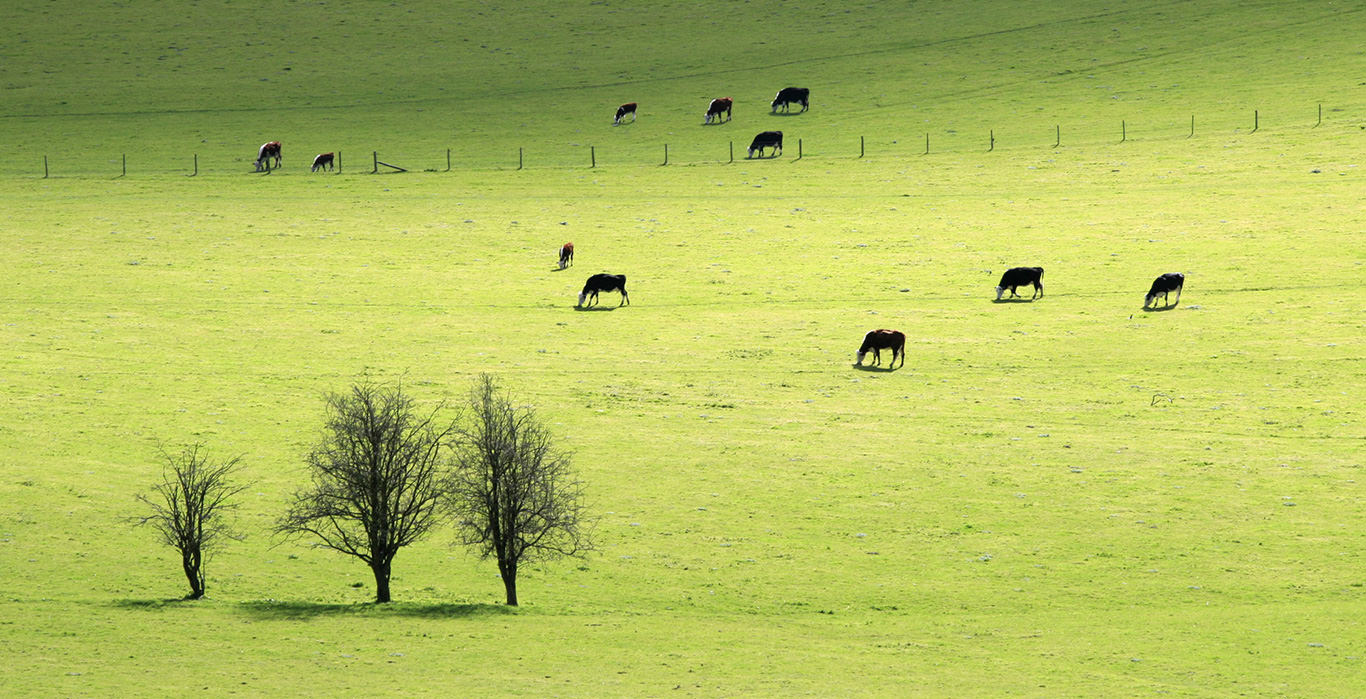 Fields and Pastures to Feed the Cows

The farm’s rangeland and fields are used to feed the animals.

Every farm needs approximately one hectare of rangeland and fields to feed one cow.

Cows are herbivores, but they are also ruminants.

They need vast amounts of fibre in order for their digestive systems to function properly. On average, cows consume 54 kg of food every day. They feed on fresh grass as well as large fodder such as corn silage, grass silage and hay. The plant matter consumed is digested and converted into nutrients that naturally allow the teat to secrete milk and give the food its rich nutritional value.

Feed that varies with the seasons.

What cows eat varies according to the season. In the summer they eat fresh grass in the pasture and in the winter they eat hay and silage. In France, more than 93% of what cows eat is produced on the farm where the animals are raised.

In France, 95% of dairy cows have access to rangeland.

French dairy farming has retained very important ties to the land. In France, 95% of dairy cows have access to rangeland, of which 89% have access to more than 1000 m2 of rangeland each.